Questions to Ask Before Buying New Appliances and Other Blogs

It can be incredibly annoying when you've loaded up your washing machine, poured in the detergent, then hit the right buttons only to have the machine refuse to start a cycle. There are actually a whole host of reasons why this can occur, and these are the most common.

If you have a top-loading washing machine, you've probably noticed that it will automatically pause in the middle of a cycle when you open the lid. This is because there is a switch that is activated when you do so; the lid needs to be down in order for the machine to operate. If a problem develops with the switch, the washing machine will not run.

It might sound like an obvious step, but the first thing you should do if a washing machine isn't starting is check the power source. Washers vibrate during use, and it could just be that the plug has come out. If the washer is plugged in, unplug it, then check that nothing has been tripped in the circuit breaker and that no fuses have been blown.

While top-loaders use a lid, front-loading washing machines use a door-locking system. When you shut the door and start a cycle, a latch pushes onto a sliding bar that moves over to completely lock the door. This prevents people from opening up the machine during a cycle, so your washer won't start if the lock isn't in place. If there is a problem with the lock, it's common for a washing machine to appear in otherwise good condition, with all lights on, but still refuse to start.

Some washing machines use a timer knob instead of buttons to let owners decide on a specific cycle. This is only a small part of the machine, but it can become worn over time. When this occurs, the knob will not be able to properly engage the shaft beneath. It may slip, meaning that you can't properly program a cycle, or fail to work altogether, in which case you will be unable to turn the machine on.

All washing machines use a motor to spin the drum; a faulty one will often cause your washing machine to stop working. If the machine previously made an odd humming or whirring sound when activated, it's likely that the motor is to blame. This might be a serious enough issue to demand the replacement of the machine, but sometimes only a new belt will be needed.

Luckily, an appliance service technician will be able to diagnose the specific problem before putting everything right, so don't hesitate to get in contact with one if your washing machine refuses to start washing. 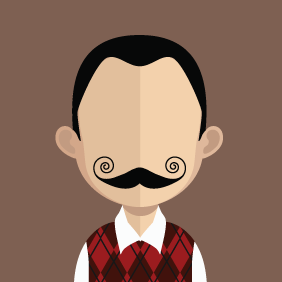 A new appliance is an investment into your future, and ideally, it should make your life easier. However, if you choose the wrong appliance, it can be cumbersome and annoying. Hi, my name is Mary, and I love shopping, especially for items for my home. I know, however, that not everyone has that passion. That's why I'm here to help you. In this blog, I am going to post on the questions you should ask before buying a new appliance, but I plan to post on a range of other topics as well. Take a look around, and if you learn from my posts, please share them.